Back to Blog
Next Article 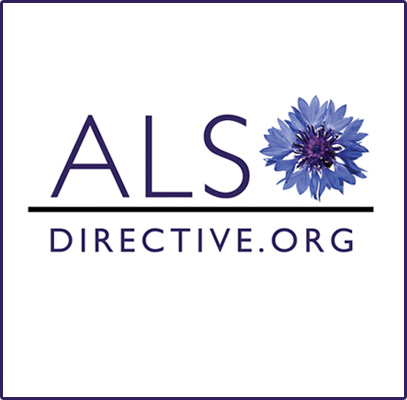 ALS, more commonly known as Lou Gehrig’s disease, is a rapidly progressive and fatal neuromuscular disease that causes the degeneration of nerve cells in the brain and spinal cord. As the nerve cells die, people with ALS lose control of their muscles, which makes walking, breathing, eating and even smiling almost impossible. Eighty per cent of those diagnosed will die within two to five years.

The Clarke Family lost Shirley Clarke, their wife, mother, and mother-in-law on July 27, 2010 at the age of 56 to this devastating disease, and have seen first-hand the emotional, physical and financial impact ALS has on a family. As a result, the family created The ALS Directive. One of the A.L.S. Directive’s long term goals is to help raise funds and awareness for people who cope with the daily challenges of decreasing mobility and independence, and assisting them in obtaining basic and essential assistive equipment through the ALS Society of BC’s Equipment Loan Program. This includes mobility equipment, communication devices, and respiratory equipment, as needed. Equipment is offered free of charge to all ALS patients in B.C. regardless of their financial situation. The average ALS patient’s equipment needs cost $137,000.

Working with the ALS Society of B.C. and Wendy Toyer, Executive Director it is Team Clarke’s goal to raise awareness and funds for people diagnosed with this terrible disease. The ALS Society of BC, founded in 1981, is the only provincial voluntary health organization dedicated solely to the fight against ALS and support for those living with ALS. The Society funds research towards a cure for ALS, supports their national partner in the provision of quality care for those living with ALS, and provides information to build awareness about the disease.

For more information or to donate please visit, please note, all donations given in Shirley Clarke’s memory will be automatically put towards funding the ALS BC equipment loan program, as per Shirley’s wishes. 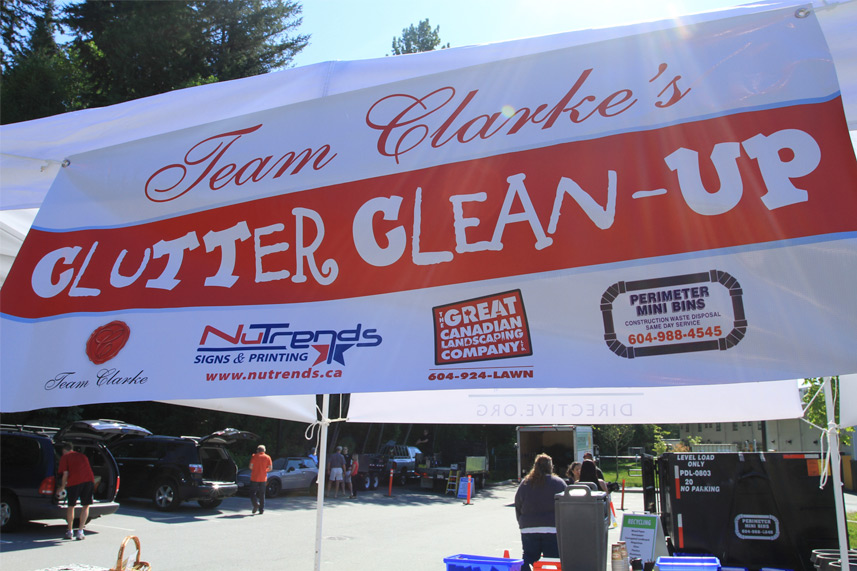 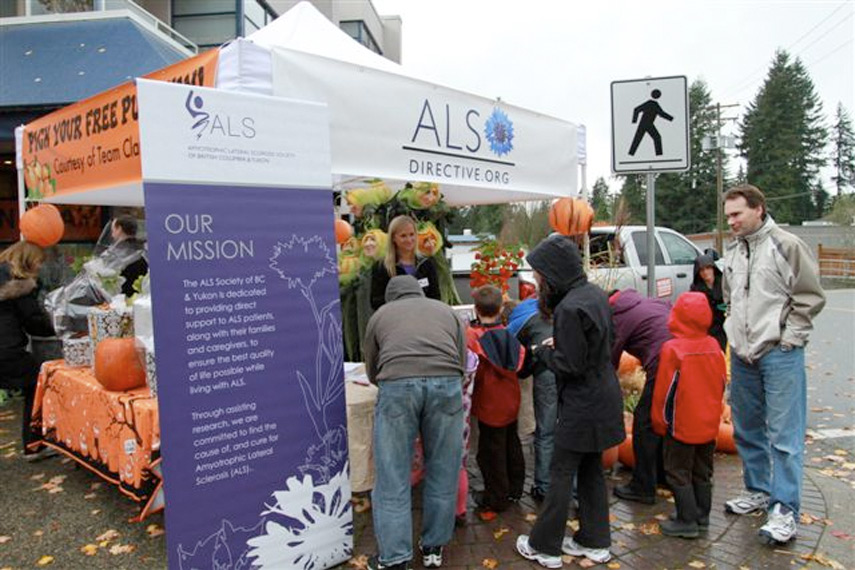 Marlene & Morgan Tate from TRIMS with “Alice” the Pumpkin 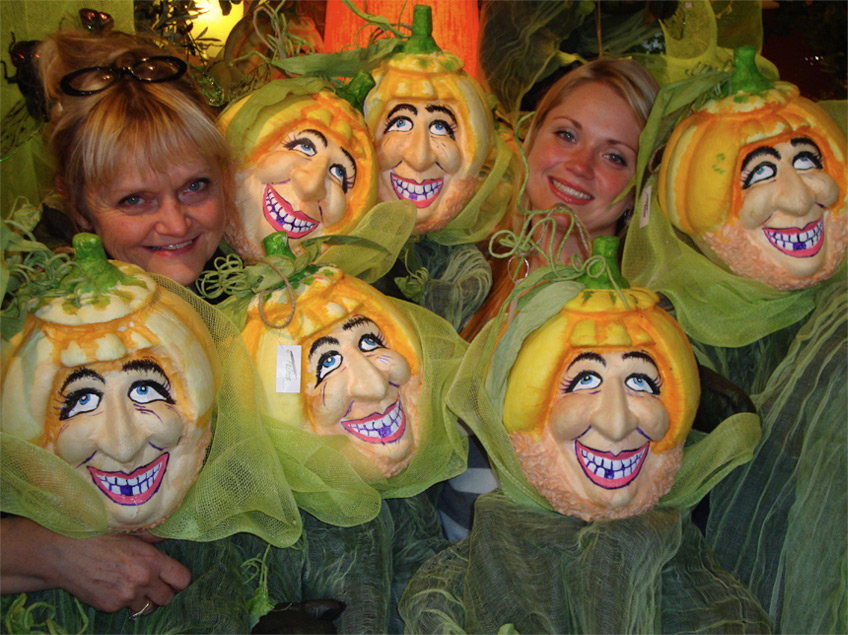 The Story of Team Clarke’s Pumpkin Patch & “Alice the Pumpkin

On July 27, 2010 Shirley Clarke passed away from ALS. Shirley was a devoted mother to her three children Laura, Jordan and Brooke, and a respected Realtor in our community. She cherished her North Vancouver neighbourhood and was a vibrant contributor to her local business community in Edgemont Village. Shirley’s children are continuing her legacy in both business and charity work. Their real estate company, Team Clarke, is holding our 13th annual pumpkin give-away this Sunday, October 24th outside our office in Edgemont Village. They give away over 2,000 pumpkins and are accepting donations for the family’s newly formed charity, The ALS Directive. All donations are given to the ALS society of BC towards their loan program which loans equipment to ALS patients. The average patient’s equipment cost during their illness is $137,000 as ALS is a rapidly degenerating disease with the patient needs constantly changing.

Shirley began giving away pumpkins 13 years ago when she first became a Realtor. The first year, her family washed each pumpkin in the driveway of their Grousewoods home, then pinned a business card and delivered them door to door – in a Halloween costume! The event grew larger each year and Shirley eventually moved it to the local gas station in Edgemont Village. The year was 2001 and we were 1 month post 9/11. The public was feeling most charitable and wanted to give when they were receiving a pumpkin. The Shirley Clarke Team (the company’s name at the time) accepted donations that year for the Red Cross and from that point forward the pumpkin give away became an annual fundraisor. Shirley’s focus turned to Lions Gate hospital as they were fundraising for a new emergency ward and then a hospice (which opens on Saturday, October 23rd). She felt strongly that as our only hospital on the North Shore, this was a charity that would, in one way or another, benefit each and every North Shore resident. Little did she know at the time how much she would need the hospital herself, she was taken to the hospital several times during her illness and spent time in the palliative wing. Shirley co-chaired the Real Estate division of the Lions Gate Hospital Emergency Fund, visiting each real estate office on the North Shore to drum up financial support. From 2002 until 2009 all of Shirley’s personal and business charitable efforts were for Lions Gate Hospital.

Shirley was diagnosed with ALS in October 2008. She passed away less than 2 years later on July 27, 2010. During her illness she was able to attend all 3 of her children’s weddings and she had 2 grandchildren, the 2nd born 4 days before her death. Shirley kept her illness private, choosing to battle it at home, with her family. Her family continued their real estate work while caring for her and Team Clarke remains the top selling Real Estate team in North Vancouver, a true testament to Shirley’s mentoring of her children.

Shirley was passionate about her local Edgemont Village community where she both lived and owned her office. She was a member of the Edgemont Village merchant’s association and organized events such as Christmas in the Village. Shirley had close relationships with many of the other village merchants, among them Marlene Tate, owner of “Trims”, a local artificial flower shop and gift boutique. Marlene had spent the last 2 years designing a pumpkin decoration to be sold at her boutique. This pumpkin was to be a follow up to her very successful witch. The “Witches of Edgemont Village” can be found on almost every house as you drive through the local neighbourhood! The pumpkins were finally designed and made and on a slow boat from China when Shirley passed away. Then one night, as Marlene tucked herself into bed, it came to her, the pumpkin, whom with its blondish pumpkin colouring even resembled Shirley, should be called “ALICE” for “ALS” and she would donate a portion of the proceeds of each sale to the ALS Society of BC in Shirley’s memory. Daily Marlene and her daughter Morgan decorate their charming store with Alice and hang signs about her meaning. Recently, a photo of Alice was featured in the North Shore News and Marlene has since been inundated with people from all over the North Shore who have been affected by ALS and want to have their own Alice.

Marlene will join efforts with Team Clarke at their pumpkin giveaway to sell Alice and raise awareness for ALS.

Alice the pumpkin is available for sale every Halloween at Trims in Edgemont Village.

Companies don’t hire people without first checking their references. You shouldn’t wo...

Signing up isn’t ideal, we know, but it does mean you can access all the best property data. So why not let us help you make a more informed decision?

Punch your details in here and let's get your property search back underway.

What is your home really worth?